We’re kicking off the final day of this year’s ContentAsia Summit with a focus on audio entertainment in Asia, including a whole lot of podcasting intelligence and a push for radio the likes of which haven’t been seen in a decade or more.

ContentAsia Women’s LUNCH WITH… the third in our new series of lunchtime conversations with women making a difference in Asia’s original content space.

The ContentAsia Summit virtual universe is open until 27 September 2021 with the full schedule on-demand and access to the entire Resource Centre, including special editions and reports. We look forward to welcoming you back!

Explore the Expo Hall with WarnerMedia, chat with distributors of everything from comedy to current affairs, network in the Viu Lounge, discover amazing entertainment at the Dolby Experience Lounge, brush up on who’s who in Asia and get set for three full days of conference sessions. When "Wentworth: The Fall Girl" debuted in July this year, Fremantle's scripted series, "Wentworth", achieved a whole new level of drama. This session looks at the journey from long-running hit TV series to a podcast that has a five-star rating on Audible. 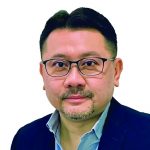 Very little in Malaysia sounds the same as it did three months ago thanks to sweeping changes in radio ranks at Malaysia's Media Prima. Newly appointed CEO, Nazri Noran, talks about listening, hearing and acting on the latest trends as he rolls out the company's biggest radio revamp in at least 15 years. 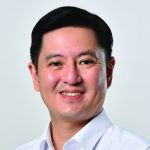 Audio platform Earshot launched in India in 2020, part of a boom that has made the country the third largest podcast market in the world. Founder & CEO, Gaurav Choudhury, talks about sprawling audio storytelling ambitions that range from investigations including Sex, Scandal & Bollywood and AI’s impact on Indian tea yiels, to news and interviews on Radio Pakistan, Indian Spy Ops and illegal mining in West Bengal, monetising audio and competing in a market forecast to have 200 million listeners a month by 2023. Facebook's new live audio rooms – part of the broader social audio experiences announced in April this year – have been tested in Taiwan. Kok-Siew Yeo talks about how it went down and what's next. 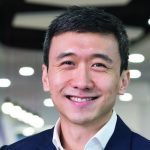 Seven-year-old global podcast platform Acast had 31,00 shows and 880 million listens in the second quarter of this year, giving it a total of more than 1.7 billion listens since the beginning of this year and putting it on track to beat last year's 3 billion. Megan Davies, Acast's International Director of Sales, talks about listening trends, monetisation opportunities, and the effort going into nurturing a fair, profitable and thriving open ecosystem.

LUNCH WITH.... Nicole Midori Woodford (By Registration Only)

Nicole Midori Woodford is a Singaporean film director, writer and editor. Her short films have competed in festivals including Busan International Film Festival, Clermont-Ferrand International Short Film Festival and Singapore International Film Festival, among others. She has also directed commercial and narrative works for Zhao Wei Films, and is currently working on her debut feature film, "You Are There", which was selected in Torino Film Lab, SGIFF Southeast Asian Lab, Talents Tokyo at FILMEX and SEAFIC. "You Are There," produced by Jeremy Chua and Shozo Ichiyama, is currently in preproduction. Nicole is also a film lecturer at the School of Art, Design & Media at Nanyang Technological University and was awarded the Youth Inspiration award by NYFA in 2019 in recognition of her mentorship. She joins us at ContentAsia's first "Lunch with..." series to talk about work, inspiration, motivation, crossing from music to sports to high drama to laughing out loud, how she sees the current content boom, things she would never do again, what she loves and hates... & a whole lot more. 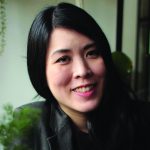 And that's it for this year... The live element of this year's ContentAsia Summit has ended, but the platform stays open until the end of September. All the sessions will be available on-demand, and feel free to browse booths and suites, watch trailers and full episodes, download brochures and other info, and immerse yourself in the best the region has to offer.