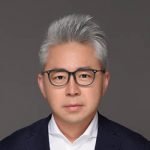 Chinese co-developments of scripted series Humans, Younger and Broadchurch, along with a slate of co-developed entertainment formats, are on their way to mainland screens as part of hard-won agreements between Endemol Shine’s China team and local broadcasters, platforms and production houses. At the same time, an international version of Chinese mega-format, The Nation’s Greatest Treasures, is being readied for a debut at Mipcom in October along with a slate of new Asian content. William Tan, Endemol Shine’s Beijing-based Managing Director, talks about a business and creative approach able to rock super-sized entertainment demand and roll with the punches.