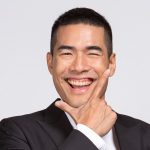 If the subject is about Thailand entertainment industry disruption, Woody Milintachinda will always be one of the top of mind.

Milintachinda is a transformational force in the Thai content creation industry and is now one of the most powerful social influencers in Thailand. Currently he run his own company, Woody World, a first-ever Thailand content and lifestyle agency. He plays critical role as an inspiration leader, act as executive producers for lifestyle & variety programme broadcast on Facebook, TV channels, as well as event promoters in Asia.

With a straightforward attitude and always respect opinions and visions of others, Milintachinda has big belief in people’s action, compassion, determination and commitment that all are the fundamental to successful professional development.

With his broad talents in the entertainment, content creator and media industry as a DJ, VJ, TV host, actor and producer, complemented by his open mind, and truthful personality, Milintachinda has become Thailand’s top TV host and MC, He has interviewed many of the world’s famous celebrities such as David Beckham, Ed Sheeran, Hugh Jackman, Emma Stone, Andrew Garfield and Will Smith.

With his creativity and innovation, he is the founder of large-scale music and lifestyle events such as S2O Songkran Music Festival, the first-ever Thailand music event that license to International – Japan and Taiwan), The Bangkok Countdown, Circuit Asia, as well as Thailand’s first Health and Fitness Festival, FitFest.

Milintachinda was selected by CNN as one of the Asia’s Top 100 Influential Personalities. With the support of the Thai government, he championed a National Health awareness campaign called the “60 Day Challenge” and continues to create content to improve health awareness for the general public. He is also a big believer in “Giving Back” to the community providing support through his own community project “Born to Help (Kerd Ma Chuay) and also supporting leading International NGOs such as Unicef and One Young World.