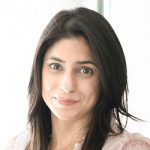 An economist with a Masters in Business Administration from the University of KwaZulu-Natal, South Africa, Vibha Chopra serves as the head of global syndication & international film distribution for Zee Entertainment Enterprises Ltd, one of the world’s largest content producers with a presence in over 172 countries and a global reach of over 1.3 billion people.

Chopra has been associated with Zee Entertainment since 2006 and has successfully managed various responsibilities in marketing, digital and international film distribution across India and the U.S. She has managed international film distribution since 2016, including films such as “Hindi Medium”, “Secret Superstar”, “Beyond the Clouds” and “Mom” to many markets, including China.

There’s never been a better time to own IP. And yet, going boom – despite these boom-times – can be more troublesome, and is definitely more complex, than it has ever been for some, equally difficult for others and mixed for the rest. The only simple answer is that there isn’t one. Somewhere in between the revenue-share proposals (some even with caps on earnings. Seriously. You couldn’t make this stuff up) and the outsize deals that give platforms ‘original’ naming rights, are the everyday decisions and challenges distributors in Asia face in getting their shows out there. This session involves a conversation about the challenges of a fragmented environment, and what the trends and opportunities are as Asia’s original production expertise rises, under-pressure broadcasters carry on shaving whatever they can off acquisitions budgets, and the hunt for innovative solutions continues.