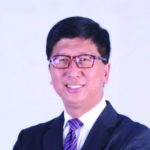 Indonesian streaming platform Vidio has more than 60 million active users, has put millions of dollars into original Indonesian drama, and is ramping up in a big way with, for instance, deals with storytelling platform Wattpad, paid off so far with record audiences for shows such as "Turn On" and "Paradise Garden". The Emtek Group-owned platform is also supporting a robust Korean drama acquisitions strategy that includes rights to new series such as "Penthouse", and acquired exclusive digital rights to the Olympics. Plus there's the added mass market attraction of Emtek-group services such as Indosiar and SCTV. We speak to PT Surya Citra Media CEO, Sutanto Hartono, about the seven-year-old platform's hopes, wins and challenges in Southeast Asia's largest market.