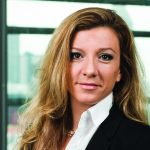 After studying in France, Sabrina completed her exams in one of the best television and cinema production schools in Paris. Post graduation, she worked in production for entertainment programmes, feature documentaries and films in France.

Sabrina worked and lived in the U.K. for nearly 11 years. She began by working within distribution for Indigo Film and Television, where she was responsible for the distribution of drama series, kids programming, films and documentaries for Latin America, Central and Eastern Europe and Asia. She joined all3media in 2010 becoming SVP international format sales, leading the format sales team as well as covering formats sales for France, Germany, Netherlands, Asia and Russia.

In 2015, she was appointed EVP for Asia Pacific overseeing sales of both completed and formats programmes to the region. She shifted to Singapore in 2016 to head up All3media International’s Asia Pacific regional sales office.