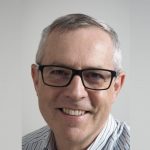 Norman Lockhart oversees the physical production of the growing slate of Netflix International Original series being produced across Asia.

Prior to joining Netflix, Lockhart gained extensive global production experience as director, international production at BBC Worldwide, based in London, and working closely with the BBC Studio’s international network of production companies. Lockhart’s role was to oversee the production of local versions of international series such as “The Office”, “Luther”, through to “Dancing with the Stars” and “The Great Bake Off”.

After leaving school and working for a short period in professional theatre as a stage manager, Lockhart moved into television production. During his career, Lockhart has worked as the head of production for Endemol U.K. and as a production executive at the BBC in the U.K., along with freelance work as a line producer and floor manager across genres ranging from scripted series, live entertainment and event shows, and live sports programming.

Absolutely in our backyard: Growing capacity and building a production ecosystem in Southeast Asia

Netflix’s latest Southeast Asia originals are about to drop, capping a year or more of effort that is part of the streamer’s bigger bolder plan for the region – to contribute to the growth of a broad, vibrant, inclusive and healthy production ecosystem that will boost quality and capacity on home ground in Asia.