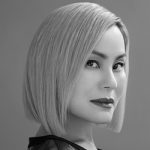 Magdalene defines and executes brand strategy for the company’s general entertainment portfolio in Asia, including pan-regional channel HBO, and its suite of channels – HBO Family, HBO Hits, HBO Signature, Cinemax and Red by HBO – as well as Warner TV and Oh!K.

She also oversees content acquisition and programming strategy, and works closely with WarnerMedia’s HBO GO team in Southeast Asia on scheduling and presentation. In addition, she drives co-production projects, such as “The Head”, which launched in June 2020, with more coming soon.

Prior to joining HBO and WarnerMedia, she was the Sales and Marketing Director at Singapore Grand Prix and played a key role in the world’s first F1 night race. A marketing and content veteran with over 20 years of regional experience, she also led the sponsorship marketing department at MTV Asia, and has also held positions at Nike and Discovery Channel.

WarnerMedia Entertainment Networks premiered HBO Asia’s first sci-fi original, "Dream Raider", less than two weeks ago, debuted international co-pro “The Head” in June, and is counting down to more. Plus there's lots of energy around HBO Max titles coming into Asia, rapid fire rollouts of streaming platform HBO GO, and a bundle of entertainment channels and services programmed with everything from Korea's "Moon Fishing in Aewol" to China's "The Heart" to "Aquaman", "Jumanji" and "We Bare Bears". The company's Head of Content – Entertainment, Magdalene Ew, talks about what else is on her radar.