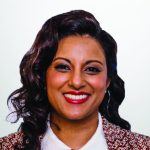 Karen is an accomplished creative practitioner with a record of accomplishment establishing content businesses in Southeast Asia. She joined Audible in 2019 to drive the growth of Audible’s content in APAC, and is focused on initiatives that expand Audible as the premier destination for local creators across Asia to tell diverse stories with global audience appeal.

Prior to Audible, Karen served a number of roles with The Walt Disney Company, most recently as the head of the millennial content and talent division for The Content Studio, Southeast Asia, where she oversaw a multi-million-dollar development and production slate.

Before joining Disney, Karen produced and directed a diverse range of award-winning content across the kids, factual and entertainment sectors.

Working in Australia and Southeast Asia for NBC Universal, Matchbox Pictures, Fremantle Media, Endemol Shine and Active TV, her shows have been broadcast on Networks 7, 9 & 10 in Australia as well as on Foxtel, ABC & SBS. Internationally, her works have premiered on the CBBC, E! and DIVA. She is a graduate of the Australian Film Television and Radio School.