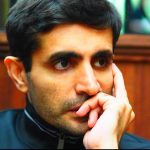 Indonesia’s film industry is on fire, with north of 100 films a year since 2014 (and growing) across everything from slapstick to teen pregnancy, upwards of 50 million admissions in 2018, and the expectation that the country’s theatrical screens will almost double from last year’s 1,700 to around 2,500 by 2020. Somewhere in there is a treasure trove of rights that could, with the right conditions, power Indonesia’s nascent direct-to-consumer streaming industry. Falcon Pictures’ H.B. Naveen talks about the rise and rise of Indonesian moviemaking, including his blockbuster "Warkop DKI" franchise and the local adaptation of Korea’s "Miracle in Cell No. 7", his opinion on Indonesia’s changing content environment, what he thinks the rise of streaming services with some outsize budgets and global audiences means for the production industry, and his plans for his own streaming platform Klikfilm.