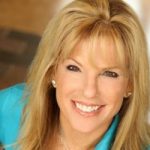 As a former TV syndicator and producer, Gayle packaged “Dragonball Z” to Saban Entertainment, which catapulted the show to become one of the most successful anime series in the world with over US$2 billion in lifetime revenues.

A featured speaker, host and presenter, Gayle and her team appear regularly on US #1 Fox Business News.