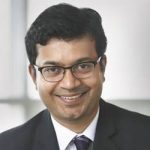 Banerjee joined Star in 2004 as anchor and executive editor of Star News prime time shows. He moved on to lead the content strategy of Star’s regional entertainment channels in 2008 and expanded the company’s reach in two new markets – Bengal and Maharashtra – with Star Jalsha and Star Pravah. Within a year of launch, Star Jalsha became the number one Bengali language channel in India.

In October 2009, Banerjee shifted to Hindi entertainment as head of content strategy at Star Plus, where he was responsible for Star’s widely popular shows such as “Diya aur Baati Hum” and “Sasural Genda Phool”. He became general manager of Star Plus in 2013, propelling the channel into a strong leadership brand with blockbuster shows such as “Mahabharata” and “Yeh Hai Mohabbatein”.

Around 2015-2016, as Star’s entertainment became available across screens, Banerjee took charge of the Content Studio and refreshed the storytelling approach for Star Plus and Star Bharat. More recently, he strengthened the Hotstar library with world class original content under the Hotstar Specials banner.

At Star, he is dedicated to nurturing the writing talent pool with Star Writers Program.

Banerjee believes that good stories provide context. This comes from his experience as a journalist with Aaj Tak in 2000. As an anchor, he covered the Afghan war and the General Elections.

Charged with continuing Star’s super-bold content strategy in a vastly changed and even more competitive environment, Star TV’s Hindi Entertainment President, Gaurav Banerjee, talks about storytelling trends, influences and his unshakeable belief in story; building an entertainment pipeline across streaming and linear platforms; next-generation production relationships and the content partnerships giving rise to new kinds of programming; and how Star’s deliberate focus on diversity and social issues is playing out.