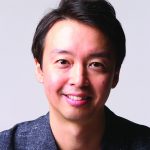 Fumi leads International Business Development at TBS (Tokyo Broadcasting System), one of the biggest broadcasters in Japan and the home of hit formats including “Ninja Warrior” and “Takeshi’s Castle”, as well as the topnotch drama series. He also serves as an Advisory Board Member at global formats organisation, FRAPA (Format Recognition and Protection Association).

With over 20 years of experience in the international entertainment industry, Fumi started his career at Fuji Creative Corp., the distribution and creative arm of the Japan’s broadcaster Fuji TV, and was involved in many of the non-scripted format deals including “Iron Chef” and “Hole in the Wall”, as well as international co-development projects such as “Total Blackout” with Fremantle.

After Fuji, He served as the head of Rights Group at NBCUniversal Entertainment Japan, the Tokyo branch of the U.S. entertainment giant.