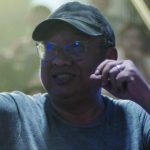 Erik Matti’s prolific career has seen him take on many hats not only as a writer and director but also as an actor, acting coach and producer, even as an amateur cook.

In 2003, he co-founded Reality Entertainment Inc. under whose banner his most critically acclaimed works “On The Job”, “Honor Thy Father”, “Seklusion”, “BuyBust” and “The Entity” have been produced and screened internationally from Pucheon to Toronto, Fribourg, Sitges to Tokyo, Neuchatel, Udine and Cannes to name a few.

He directed the Philippine episode in the HBO Asia series Food Lore titled “Island of Dreams”, where he won Best Director at the 2020 ContentAsia Awards.

His love and passion for film extends beyond his own work. As an outspoken defender of Philippine Cinema, Erik Matti’s involvement in the film community as well as his personal brand of activism have always pushed for positive changes in the Philippine film industry.