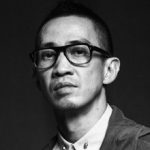 Dominic Zapata started his television career in the early 90s when he, along with a few of his friends created youth oriented telemagazine shows and convinced some producers to fund it and put it on air. Eventually in the mid-90s their work evolved into teen dramas where it started attracting mainstream audiences.

A major turning point in his career happened in 2003 when his mother network GMA 7 Philippines green lighted his project, which was pioneering both in its concept and technical aspect. The show was entitled “Mulawin”, a telenovela which was to air on prime time every night from Monday til Friday. It was going to be ground-breaking in that there had not been a Fantasy-Telenovela before. It was about a race of bird people who had secretly lived in the forests away from humans. The technical, physical and marketing challenges for the project paid off and took the network to the top of the ratings game for the first time in over a decade.

In 2014, his trailblazing telenovela “My Husband’s Lover” about a wife who finds out that her husband is having a gay love affair was nominated in the International Emmy Awards for Best Telenovela.

Today he continues to make telenovelas that strive to be socially relevant in their own way and seeks to push the envelope in television production in order to keep it ahead of the game amidst the evolving landscape of both broadcast entertainment and streaming platforms.