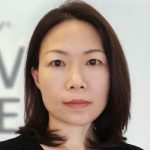 Daphne Yang joint CATCHPLAY in 2012 and oversees the full array of businesses which originally started from film distribution. Observing growing opportunities in the digital world, Yang took the initiatives and led CATCHPLAY to embark on its expansion into the digital content industry and launched the CATCHPLAY+ service in Taiwan, Singapore and Indonesia in 2016. To date, CATCHPLAY+ has built a six-million user base across the three markets.

Yang has also extended the company’s reach upstream into co-production investments and financing. The recent years’ projects include “The Revenant” and “Assassin’s Creed” with Hollywood studio New Regency and “Silence” by director Martin Scorsese. In 2019, CATCHPLAY ventured into the distribution of drama series with its first two projects, “The World Between Us” (in partnership with WarnerMedia’s HBO Asia) and “The Making of An Ordinary Woman” (in partnership with Taiwan’s CTS), highly-rated as the top two Mandarin-speaking shows of the year. In July 2020, Yang expanded CATCHPLAY’s investments further and established the company’s production subsidiary, SCREENWORKS ASIA. Jointly backed by Taiwan government’s National Development Fund, SCREENWORKS ASIA targets to produce 100 hours of premium content a year, including films, mini-series and factual entertainment.

Daphne Yang holds an M.A. in Theatre Production from the University of Hull (U.K.). Prior to joining CATCHPLAY, Yang had extensive experience at international advertising agencies followed by nearly eight years as the vice president of marketing at Taiwan Mobile.

Taiwanese streaming platform Catchplay has unveiled a new production subsidiary, Screenworks Asia, with six projects already in development and plans to produce 100 hours a year of mini-series, movies and factual entertainment for audiences across Asia and the rest of the world. CEO Daphne Yang talks about the company’s evolution, development and direction.