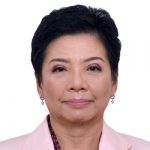 As the CEO of terrestrial nationwide TV station RTV, Artine Utomo is responsible for managing the station’s overall portfolio, including curating compelling content for the Indonesian viewers. Utomo’s mandate is to develop and expand the viewership and relevance of the station, and deliver creative excellence. With almost two decades of experience in Indonesia’s broadcasting industry, Utomo previously was the CEO of free-TV PT Cipta TPI (2003-2009) and CEO of content development company PT Festival Citra (2011-2016). Utomo also has 15 years of experience in the banking sector.

Free TV remains a powerful force in Indonesia. Local stations are keeping a close watch on online activity but say the country's limited broadband reach and low appetite for paid video subscriptions mean they aren't reaching for panic buttons just yet. RTV's Chief Executive Officer, Artine Utomo, talks about what's working (and what's not) and what else she is trying at a station that has risen four places in the ratings rankings since she took over.