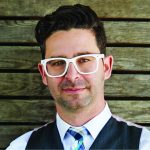 Aron Levitz is President of Wattpad WEBTOON Studios, where he leads a visionary team of global entertainment and publishing experts to create data-backed, fan-driven hit TV shows, films, and books from WEBTOON and Wattpad. Levitz pioneered Wattpad’s adaptation business, launching Wattpad Studios in 2016 and serving as the company’s global studio head until the creation of Wattpad WEBTOON Studios. In just a few short years, Levitz grew Wattpad Studios from a concept to global leader in creating can’t-miss entertainment.

A fan culture fanatic and engineer by training, Levitz combines analytic thinking with a lifelong passion for storytelling.

Prior to his role as Head of Wattpad Studios, Levitz was Head of Business Development at Wattpad, building the company’s monetization strategy and native advertising solution. He was also instrumental in launching the Wattpad Stars program that gives top influencers access to a variety of opportunities.

Throughout his career, Aron has connected the entertainment industry with emerging technology and mobile platforms. As Senior Director of Strategic Alliances at Xtreme Labs, Aron developed business and mobile strategies for the world’s top media brands including MTV. Prior to Xtreme Labs, he was Director of Entertainment and Global Content Acquisition at BlackBerry where he worked with artists and other talent, as well as launched innovative music, movie, TV, and gaming services. Aron received his bachelor’s and master’s degrees from the University of Waterloo.