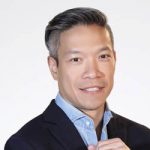 Banomyong’s mission is to transform BEC World into a future-ready business, as content and media are being disrupted across the globe.

Banomyong comes from the “tech” industry; the first managing director of LINE Thailand, since October 2015, Banomyong was responsible for LINE’s second largest market, and helped
LINE become a dominant platform, beyond chat, with a universe of daily-used services.

Prior to LINE, Banomyong was the first country head of Google Thailand, launching Google’s local presence, and building the team and the business. Before that, he was the chief commercial officer at True Corporation, where he led the company’s convergence strategy.

Banomyong has a track record of strong leadership combined with 20 years of experience and extensive industry knowledge in the technology and mobile business areas.

Before coming back to Thailand, Banomyong worked for Netonomy, an e-CRM startup, and Genesys Telecommunications Laboratories (a subsidiary of Alcatel-Lucent), both in France. He initially started his career in telecommunications at Orange in Romania, where he was responsible for project management and CRM.

Banomyong holds two Master’s degrees – one in Mathematics & IT from the University of Marne-La-Vallée in France, and another in Management from the London School of Economics in the United Kingdom.

Listed Thai broadcast powerhouse, BEC World, has a whole new approach to its regional and global profile. The company's president and director, Ariya Banomyong, talks about initiatives to strengthen BEC World's footprint for content (including co-production) around the region and also around the world, expanding partnerships and alliances at home and abroad, evolving terrestrial service Channel 3, and experiences in the domestic streaming environment.