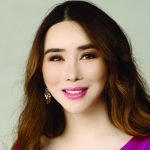 Anne Jakkaphong Jakrajutatip is the chief executive of Thai media company, JKN Global Media Public Company Limited, which she founded as an independent company seven years ago and listed on the Bangkok Stock Exchange in November 2017. The company today has four subsidiaries – JKN Channel Co Ltd, which produces the talk series, “Anne Show”, and a range of other content as well as organising events; JKN IMC Co Ltd, which focuses on advertising sales and integrated marketing; JKN Knowledge Co Ltd, which provides leadership and training; and JKN News Co Ltd, which has a 10-year licence to produce a CNBC-branded block for Thailand. Jakrajutatip is credited with driving Thai tastes for content from Korea, China and Japan and most recently Indian content. In 2018, Jakrajutatip was instrumental in founding the non-profit LIFT (Life Inspired for Transsexuals) Foundation, an association to promote acceptance and inclusivity for transsexuals in Thailand. The association will provide education and training scholarships and subsidies. LIFT’s key vision is to seek gender equality for men and women, regardless of the gender they are born with.

In the past six months, JKN Global Media has added a free-TV channel to its portfolio along with a range of beauty products, and has expanded its original production scope. CEO Anne Jakkaphong Jakrajutatip talks about the value of free, why she's upsized her commitment to original content, and, having been instrumental in driving Thai drama to its highest profile ever in the region, what she sees happening next.